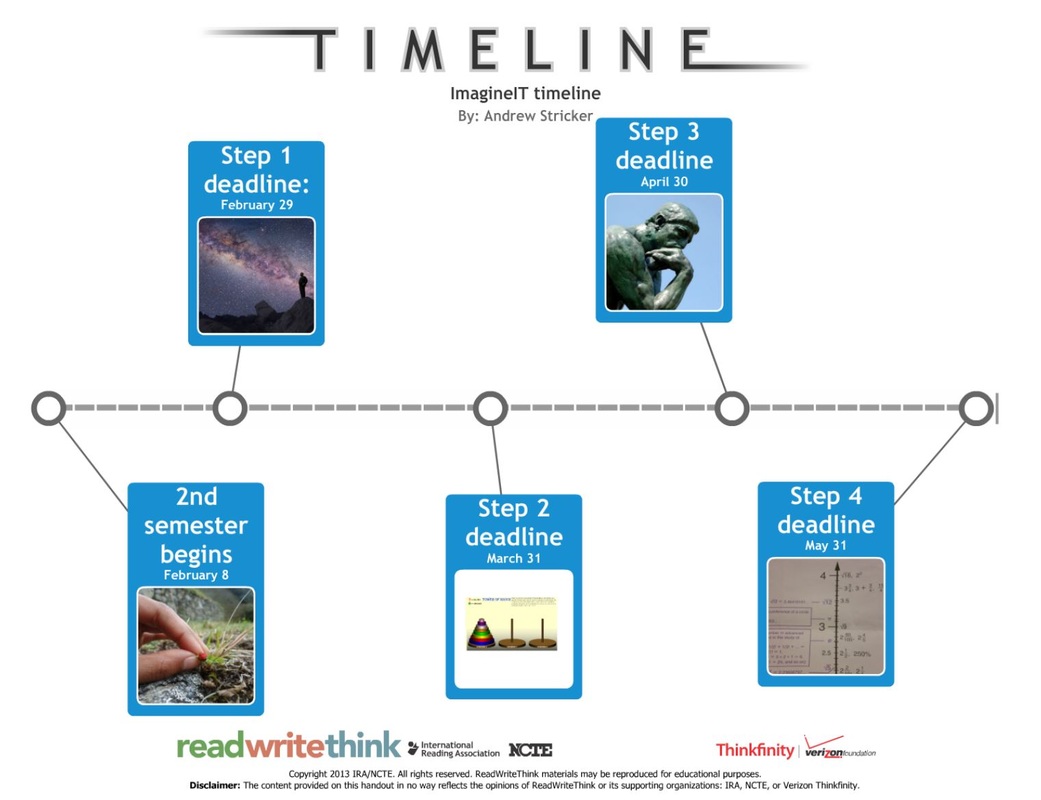 If I could start the year anew, I would have a large Real Number Line (RNL) posted in each room and would put number lines on handouts. I’d be more intentional about connecting each idea that I could to the number line. For second semester, I still plan to ‘rehook’ students into number and set theory with videos like Jeff Dekofsky’s ‘The Infinite Hotel Paradox’, ideas like how does 1 = 0.999…?, and projects such as ‘The Tower of Hanoi’ and ‘Two Balloons’.

Connecting the above ideas to the RNL is obvious. Having the students play with the math, perhaps create their own work and make their own corrections, is a place for my project to grow. Creating time for these opportunities and designing RNL projects with certain parameters is something that I find daunting. Our curricula is structured in a way that doesn’t allow for much deviation from the book. That said, I can brainstorm with the school’s math coach (the wonderful Marianna Jennings, who is also in the MSUrbanSTEM program) ways to flesh out and insert an RNL project.

I want two things to happen second semester: more RNL discussions and more doing on the part of the students. Before the end of April, I plan to implement the aforementioned ideas in number and set theory. Discussing with the math coach what student projects could look like is a critical step for my ImagineIT. By the end of May, I would like students to have finished their own exploration and presentation of the RNL. Creating the timeline that this assignment requires will allow me to hold myself accountable for these ideas.
​
My greatest hope is that the math coach and I create an RNL project the kids can sink their teeth into. Ideally, there will be a gallery walk and explanation of each student’s discoveries. This share out will pique student interest, particularly the reluctant math learners, and will be the high watermark of the year. My wildest hope is that this could be shared with the rest of the school in a similar fashion to what our IB Art department has done in years past.